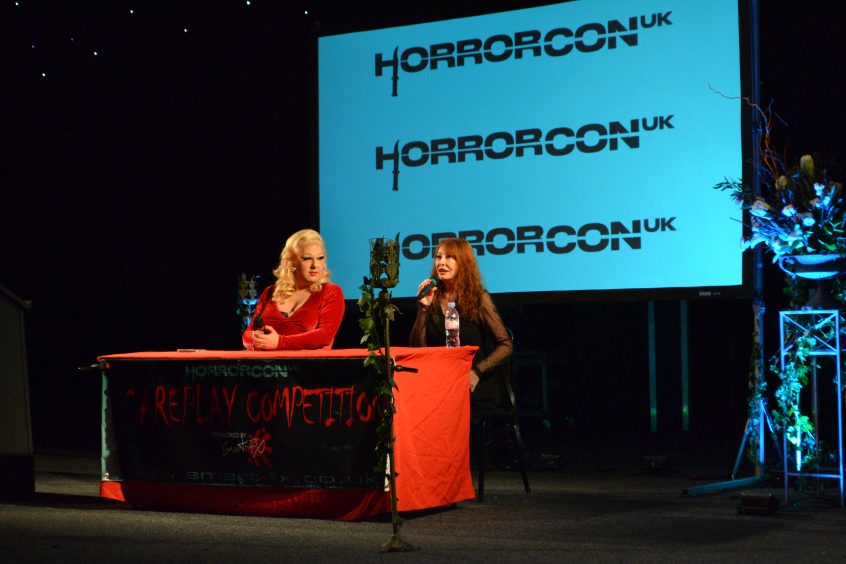 It seems ages ago that we (Wendy & Gill) founded HorrorConUK in 2014, with our first event at Magna Science Adventure Centre in 2015! And what a fantastic first show it was with Gunnar Hansen (RIP), Tom Savini, Bill Moseley, Caroline Munro, Martine Beswick, Ken Foree & Dacre Stoker. A Horror Convention in the UK that was a success! We were told it wouldn’t work in the UK because no one would come, but you did!

Our crackpot, pie in the sky idea of a US style Horror Convention in the UK worked! Since that first show we have grown and have been privileged to meet such icons of the genre as;

And at our show in 2018 we have Billy Wirth, Dee Wallace and Dario Argento announced so far with a good few more to come shortly!

We just want to celebrate that we’ve now reached over 15,000 Likes on Facebook and are as pleased as punch about it!

*Featured image: Bunny Galore with Cassandra Peterson AKA Elvira Mistress of the Dark at HorrorConUK 2017