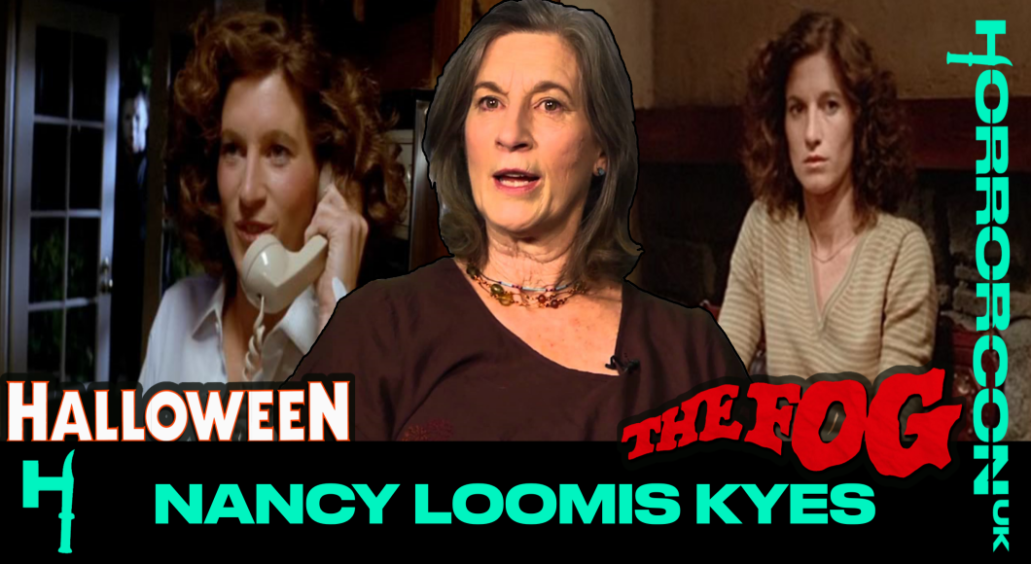 We are thrilled to announce Nancy Loomis Kyes as our next guest at HorrorConUK on 21st & 22nd May 2022!  In 1976 Kyes started her big-screen career in John Carpenter’s Assault on Precinct 13 (1976). She also worked behind the scenes on the film as the wardrobe mistress. In 1978 she next played the super sassy babysitter Annie Brackett in slasher classic Halloween.  She was Janet Leigh’s wise cracking assistant Sandy Fadel in the supernatural classic The Fog. In 1981 she made a brief cameo return as Annie in Rick Rosenthal’s Halloween II, written by Carpenter and Debra Hill. She also portrayed Tom Atkins ex wife Linda in Tommy Lee Wallace’s Halloween III: Season of the Witch (1982).  Kyes had a few appearances in several TV movies and in 1985 on the “Little Boy Lost” episode of the revival of The Twilight Zone before retiring from her acting career.