HorrorConUK’s annual Scareplay Costume Competition will awake once again from its diabolical slumber on 19th & 20th May 2018 and is hungrier than ever for victims, sorry contestants!! You can enter the competition here

It’s free and there will be some great prizes from Rubber Gorilla, Horrify Me, Mad About Horror, KaViTy the Clown and Smart FX courtesy of our Scareplay partners This is Scary 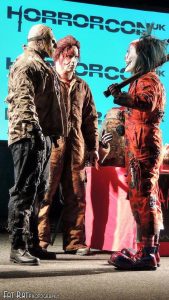 Overseeing proceedings will be Mistress of Ceremonies Bunny Galore. 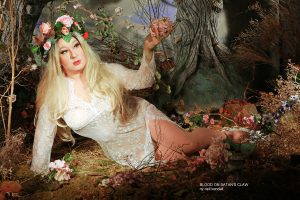 Along with our awesome guest judging panel, which in the past has included Khaos the Klown AKA Leigh Bufton, Jayne Wylie of the Z Walkers costume group, as well as horror author Shaun Hutson and The American Werewolf himself David Naughton! This year you will be judged by previous Scareplay competition winner KaViTy the Clown! So anything could happen!

It’s always lots of fun, but places are limited, so if you’re after a bit of the horror Slimelight enter now before it’s too late!