A young astronaut stumbles across an indigenous group on a remote planet that has horrifying consequences for her life.

A group have signed up to a mysterious lottery with disturbingly high stakes, where their thirst for dominance blinds them to the risk they take. 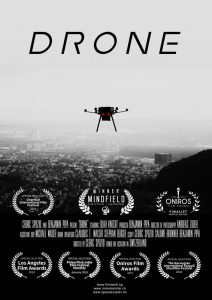 A young guy gets chased by a scary drone.

Likey is a man who was raised by his Master as a dog. When he succeeds to escape from his Master’s home, he discovers that the outside world conducts itself differently than he would expect.

A young woman checks into a secluded holiday cottage and discovers that some vacations stay with you…forever. 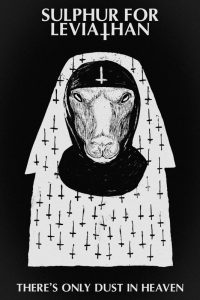 A nun suddenly finds herself progressively fantasizing about things that shouldn’t be in her head, increasingly having to face her own doings of blasphemy, all leading up to something demonically dark and sinister.

Portrayed in a surreal manner both in color and black and white, with a heavy focus on elegant cinematography, the film tells a satanic tale of unfulfilled desires, lust, blasphemy and existential dread, packed in a controversial and disturbing, but calm and poetic experience that is heavily inspired by Andrei Tarkovsky, with a touch of satanism.

A vicious cycle of events leads a young girl to continually encounter the same violent conflict.

Seven strangers are invited to a house to be offered a large inheritance, instead they find themselves trapped in a deadly game to the death. 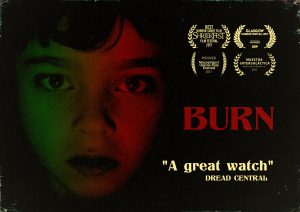 In an increasingly panicked part of England, local disappearances have become nationwide news. Expectant couple Peter and Louise Vaubarn watch the media’s coverage of recent events in both fascination and fear – their first child, Charlie, will soon be born amid the mass hysteria.
With Pete’s fragile health in the balance, his means of providing fatherly advice to his unborn son are limited, but will shape the family’s life forever.  Written by The Slaughtered Bird’s Chris Barnes.

A short horror film about a girl and an ouija séance gone wrong.

A newly-evicted young girl hooks up with a down-and-out veteran in Manchester’s Northern Quarter who believes his street colleagues are being abducted from the city sidewalks.

Return of the Slasher

A young suburbanite is stalked and attacked by “The Slasher”. A homage to John Carpenter and early 80’s Cinema.